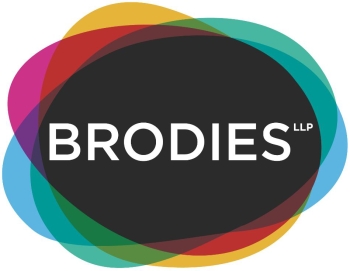 The owners of the well-known retail and fashion clothes brand MANGO (‘the Appellants’) suffered a recent defeat at the UK Intellectual Property Office when the applicant for a registered trade mark for YANGO was allowed to proceed in face of its opposition. The case had gone to appeal after the opposition had been turned down by the UKIPO Hearing Officer (‘the HO’) in the first round. The Appointed Person, Emma Himsworth QC, (‘the AP’) had the final say in deciding that there had been no distinct and material error in the approach by the HO in the first instance decision and allowed the application to proceed.

The Appellants had relied on their prior registered trademarks for stylised versions of the word Mango.

They also relied on their use of the MANGO unregistered word mark throughout the UK since 2000.

The YANGO application notably was in many of the same classes and overlapped with many of the types of goods which were covered by the MANGO registrations, including for clothing, footwear and headgear etc. The unregistered MANGO word mark had also accumulated significant goodwill through use in respect of these same types of goods. In order to successfully oppose the application the Appellants needed to establish that the similarity between the marks and their use on identical goods was such that it would result in likelihood of confusion amongst the relevant public. At the appeal stage the YANGO applicant did not make any further arguments in response other than to rely on the first instance decision in its favour as being correct.

The test to be met in order to win the appeal was noted by the AP who had to be satisfied that a distinct and material error had been made or that the HO was wrong. In addition if the HO had made a value decision the AP was required to be especially cautious about interfering with the decision on appeal.

In its Appeal grounds the Appellant attacked the reasoning of the HO in the first instance decision on various grounds. Firstly YANGO as a word only mark could cover and if granted would allow its use in all stylisations, including those which were used in the Appellant’s registered marks in this case and this had not been taken into account by the HO. This did not get far in the appeal as the AP noted that the YANGO mark was a made up word and had to be compared as a word to the MANGO stylised registration which had been done here. To compare the YANGO word mark applied for as if was stylised and argue that it could then be perceived as the word mark MANGO was not correct as to do so would fall outside its normal and fair use and change its substance. Interestingly this suggests that if the applicant were to use the mark YANGO in the same stylisation as used in the Appellant’s registered marks that there could be scope to argue infringement.

Secondly each of the initial letters in the respective words had a central ‘V’ shaped element but that the HO had suggested that they still were clearly different letters ie ‘Y’ and ‘M’ which average consumers would easily distinguish. Whilst the AP held this was an error in the assessment by the HO of visual similarity it was not a material one. The AP’s own view was that the marks were visually similar to a medium degree and that the differing first letters made a difference despite the shared use of ‘ANGO’. The public would more readily see that difference which would avoid a high level of visual similarity.

Thirdly the HO had erred in finding the respective marks to be ‘conceptually dissimilar’ as opposed to ‘not conceptually similar’. This seems rather a semantic point and was rejected by the AP. The AP held that the HO had in fact applied the right test on the conceptual comparison – MANGO being a fruit or a tree and YANGO being an invented word- the concepts were quite different.

Next the Appellant argued that the HO had placed too much weight on the conceptual differences in holding that these outweighed the visual and aural similarities. The AP took the view that the HO was entitled to take this approach as he had also factored in the high degree of distinctiveness of the MANGO marks in making his decision.

Taking all of this into account the appeal failed and there is nothing to stop the mark YANGO being registered in the UK as a word mark.

The test for comparing marks is one based on overall impression and should be a global assessment taking into account visual, aural and conceptual similarities in a balancing exercise. Here the AP took the view that the HO was entitled to hold that the conceptual differences were significant and counter-acted the visual and aural similarities such that the respective marks were not so similar that confusion would be likely.

However, playing devil’s advocate, the pronunciation here of YANGO could on one view easily be mistaken for MANGO as other than the first letters they are identical visually and aurally. In that instance any conceptual difference is irrelevant. Also whilst MANGO is not an inventive term as it usually describes or relates to the fruit or the tree, when it is used in relation to clothing and footwear etc the concepts behind it become far less significant. In this context it has come to refer to the Appellant’s business as its brand. Its application to clothing etc could even be seen as equally imaginative to YANGO. Again this would tend to cancel out the conceptual similarities.

It is notoriously difficult to appeal successfully against a first instance decision largely based on an exercise in discretion particularly where it is a well-reasoned one. However might these additional points have been able to tilt the scales in the balancing exercise sufficiently in the Appellant’s favour to change the outcome?